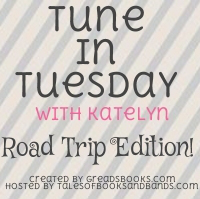 So I rented the movie “Pitch Perfect” the other day and have become slightly obsessed with it. It’s not destined to become one of my all-time favorites movies; but who doesn’t love a fun, snarky musical that doesn’t take itself too seriously? (It helps that “Pitch Perfect” is basically the antithesis of “Glee,” which I tried to watch but had to abandon when every week’s show turned into another Very Special Episode.) But anyway, my favorite thing about the movie was Anna Kendrick singing “When I’m Gone” and doing the routine with the cups. I am totally going to learn how to do that, and it will become my awesome party trick, and it will be EPIC.

For this week’s Tune in Tuesday, then, I give you a video of Anna Kendrick and the cups! It’s not the scene from “Pitch Perfect,” alas, and I’m not a huge fan of this overproduced version of the song. But the video itself is really cool, so do take a few minutes to watch!


And here is the original version of the song (well, sort of — it’s based on a folk song) by Lulu and the Lampshades:

2 thoughts on “Tune in Tuesday with Katelyn: I sure would like some sweet company”