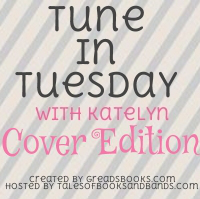 So remember how last week I featured Ted Leo’s kickass cover of Kelly Clarkson? And how I gushed that he is one of my favorite musical artists ever? Well, I found a really interesting cover of one of HIS songs, thanks to the A.V. Club! So this week I give you Basia Bulat covering Ted Leo’s “Where Have All the Rude Boys Gone?” The actual song starts at [1:10], but if you have time, you should also listen to her comments about why she chose to cover this particular song. I like that she actually thought about the song’s meaning and how it fits into a broader musical tradition. I also really like her cover (although obviously I prefer the original)! I’d never heard of Basia Bulat before, but I’m digging her voice and her folky style. Plus, it looks like she’s having a ton of fun! I’ll have to check out more of her stuff now.

2 thoughts on “Tune in Tuesday with Katelyn: Someone sang me through it”