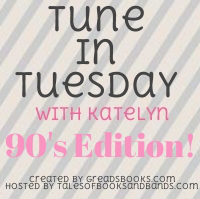 For this week’s Tune in Tuesday, I’ve picked a song that I think captures the essence of ’90s music in all its grungy, alternative glory. Also, I am totally adoring the music video and its spoof of those hilarious Mentos commercials (“Mentos: The Freshmaker!”). And I do like the Foo Fighters…it’s nice that some of our nostalgic ’90s bands are still around, no? Here they are with “Big Me,” which was (according to Wikipedia) nominated for five VMAs in 1996. I feel very old now.

2 thoughts on “Tune in Tuesday with Katelyn: But it’s you I fell into”