I can’t believe it, but I have already received my gift through the Secret Santa event at The Broke and the Bookish! 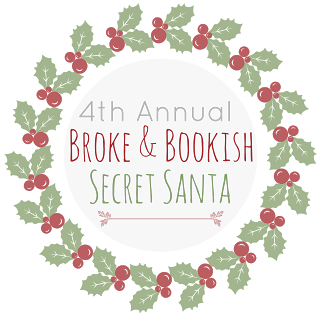 I tried to find decent pictures of my goodies on the Internet, and then I tried to take a picture of them myself and upload the photo to the computer…but apparently I fail at technology, so eventually I gave up. But I do want to thank Angela at Griperang’s Bookmarks for sending me Young Miles by Lois McMaster Bujold, which I’ve been wanting to read for a while, as well as these lovely Pride and Prejudice-themed notecards! Thanks for the great gifts, Angela!