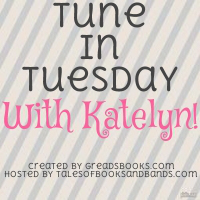 For this week’s Tune in Tuesday I’m sharing “Woman” by Wolfmother, which is a really great, straightforward, four-on-the-floor rock song. I can’t remember where I first heard it, but it was definitely featured on “Chuck” (4×09, “Chuck vs. Phase Three”). The band has also been featured on the “500 Days of Summer” soundtrack and on “Gilmore Girls” — and that’s just off the top of my head. 🙂 Yet another song I stole from TV, apparently!

4 thoughts on “Tune in Tuesday with Katelyn: She’s gonna set you free”