Argh, I’m falling even more hopelessly behind on blogging! I said I’d do a series of posts about BEA, and so far I’ve only done Day 1! It’s time for me to get cracking, so here are my thoughts on Day 2 of BEA.

I got up bright and early so that I could be at the Javits by 9 a.m. I carried a meticulously detailed list with me so that I wouldn’t miss out on anything I wanted to see, and this was a really good tactic for me. Someone from Blogger Con (I forget who, but she was an angel!) told me that Rainbow Rowell was going to be making a surprise appearance to sign galleys of her forthcoming novel Landline, which I have been dying to read for months! So of course I made a beeline for the Simon & Schuster booth right away, only to be told that we weren’t allowed to form a line. (Not that that stopped a lot of folks!)

Eventually they distributed tickets that guaranteed a copy of the book, so I felt secure enough to wander over to the Harlequin booth and get a signed galley of I Want It That Way by Ann Aguirre. I basically wanted this because I’d read Grimspace several years ago and liked it. This book is an entirely different genre, new adult romance, but it looks like fun (and is named after a Backstreet Boys song!). I then went back to Simon & Schuster, chatted with some lovely girls in the line, and got my signed copy of Landline! Rainbow Rowell was super nice and friendly, and she wrote “Call me. Maybe.” on the title page, which is just fantastic.

Then I spent some time just wandering around BEA, taking everything in and grabbing galleys that looked interesting. It was a much larger event than I was anticipating, and I found it overwhelming at times. But it was super cool to have all these books laid out and free for the taking! (Although some of them were NOT free and were for display only. The exhibitors really need to be better about specifying which are which!) Eventually it was time to get in line for Billy Idol. Yes, he was there signing copies of an excerpt of his upcoming memoir, Dancing with Myself! I was kind of shocked as to why he would show up at BEA — especially since he didn’t really do a meet-and-greet with the fans. I chilled in the line for an hour, finally got close to the front, and was presented with a signed copy of the chapbook, but I didn’t actually get to meet Billy Idol. Part of me was disappointed, but a bigger part of me was like OMFG BILLY IDOL! And I did get a picture of his profile: 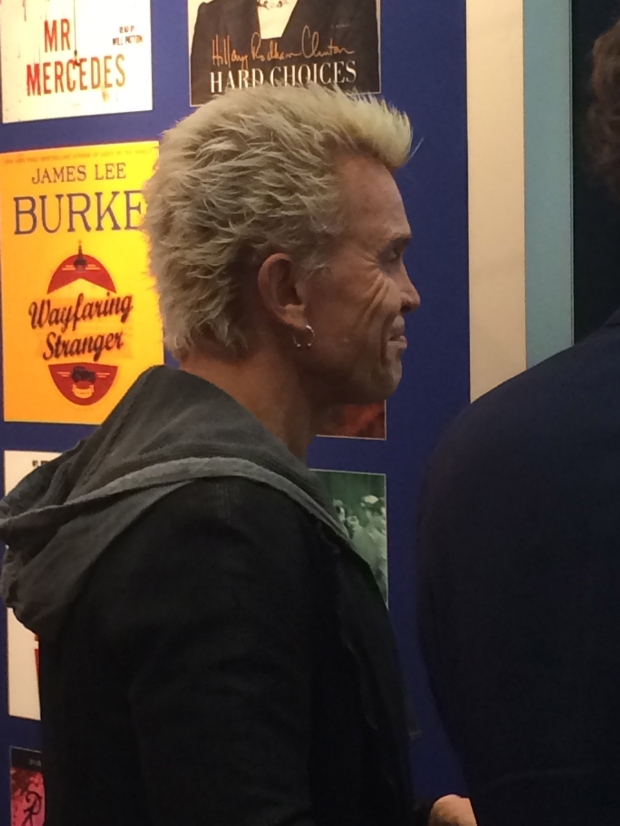 Later that afternoon I went to some panels of varying quality. I saw a brief conversation with Douglas Preston and John Scalzi called “Where Near-Future Techno-Thrillers and Sci-Fi Meet.” I didn’t care too much about the subject matter, to be honest, but I wanted to hear John Scalzi since he seems like an interesting guy. They talked about artificial intelligence and the complex algorithms used to predict shifts in the stock market…so yeah, most of it went over my head. 🙂 But I do kind of want to read more sci-fi now!

So then I went to a talk called “Beyond Authors: Self-Publishing and the ‘New’ Agents,” mostly because I wanted to get a feel for what literary agents actually do. It was a fairly dry panel, comprising literary agents from various publishing houses, and it really seemed to be geared toward people in the publishing industry. The topic was, essentially, what is the role of literary agents now that self-publishing is so accessible (and often lucrative) for authors?

And finally, I went a panel on “Making the MAKE Book: Success Stories from Publishers.” This turned out to be a talk about books that have been big successes in the past few years, with panelists from 4 different publishing companies focusing on 4 different books. I remember one guy talked about The Rosie Project, which I just bought and am planning to read later this year. It was an interesting look at how books are published and marketed, although I was left wondering why some books get more attention than others. Surely it’s not ALL based on how good the book is, right?

And speaking of books, here’s my haul from Day 2! 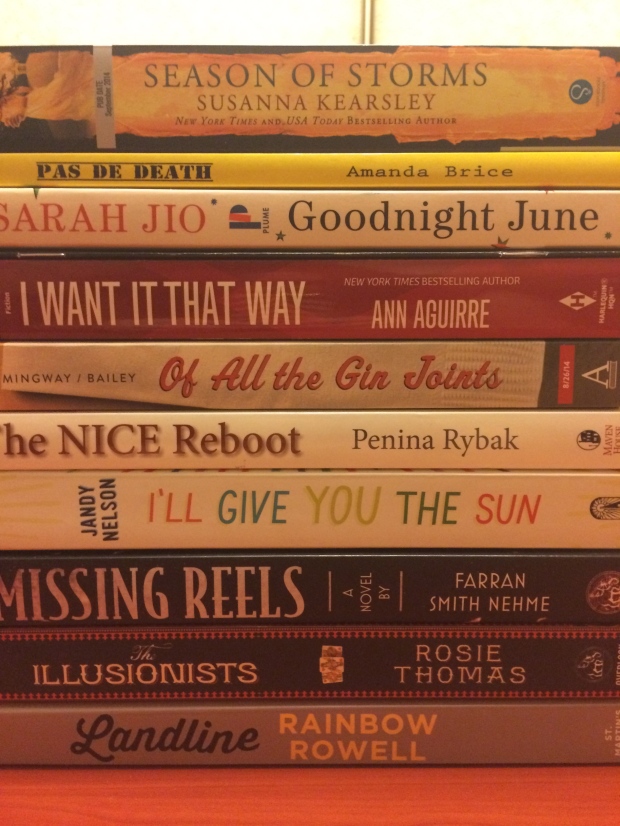